The Gleniffer Valley is located 12 km north-west of Bellingen on the Mid-North New South Wales coast.

The original inhabitants and guardians of the region, which runs south from Tabbimoble Yamba (Clarence River) to Ngamba (Stuarts Point), are the Gumbaynggirr.  They first made contact with Europeans in March 1841, when Clement Hodgkinson was exploring the upper reaches of the Nambucca and Bellinger Rivers.

The first European to settle in the Gleniffer Valley was John McFadyen, who said it reminded him of his home near the Gleniffer Braes, south-west of Glasgow.

Most people pronounce the name as “Glen–a-far” but some locals prefer the original Scottish pronunciation of “Glen-iffer”.

Within the valley are the districts of Gleniffer, The Promised Land (named by the settler Archangel Gabriel Capararo), Tallowood Point and Gordonville.

The Never Never Creek, which has its headwaters in the Dorrigo National Park, flows down through the valley and past the picturesque Gleniffer School of Arts and Gleniffer Church.  The church holds monthly services, Christmas and Easter services and weddings and is loved dearly by the locals. 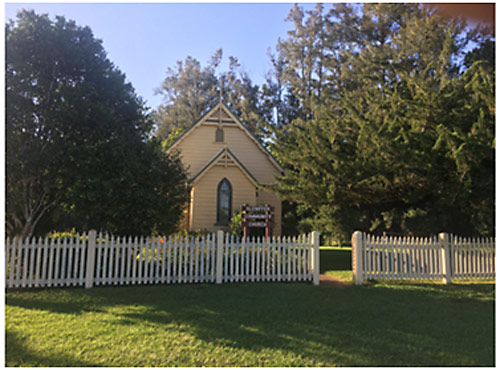 The Never Never Creek and Church were both made internationally famous by Gleniffer resident Peter Carey in the novel Oscar and Lucinda, though he changed the usually placid creek to a wide and sometimes raging river. Carey even turned the wooden Church into a glass edifice that floated down the river.

The Gleniffer School of Arts is a 1908 wooden structure that was once part of a small Gleniffer village that thrived beside the Never Never Creek.  There was a community store with a Shell petrol browser, a butcher’s shop, a blacksmith and a few small cottages.  All are now gone except for the School of Arts and the Church.

The Association’s mission is to promote:

the well-being of the Gleniffer community in temporal and spiritual matters, preserve the rural character of the valley and ensure the conservation of the landscape, flora and fauna.

If you are a resident of Gleniffer and would like to join GCA and please let us know or down our membership form and email it to us at glenifferhall.nsw@gmail.com. 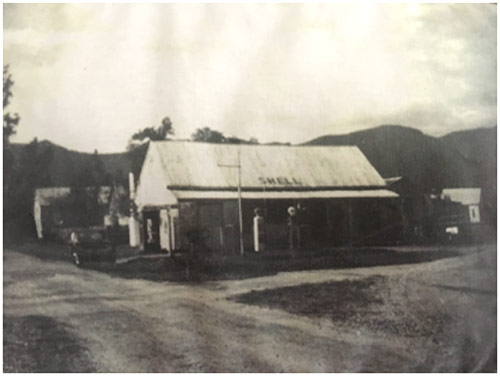 For 110 years, the School of Arts has been the focal point for members of the Gleniffer community to meet and share thoughts, meals and stories, hold car-boot sales and practice their crafts (quilt-making being a favourite) and have yoga classes.

The building and grounds are used for local birthday celebrations and marriages, music concerts, lectures, fire-drills and friendship gatherings.  Funeral services are also sometimes held in the idyllic surrounds.

Additionally, the GCA makes the School of Arts available for hire to organisations and individuals.

The GCA only accepts bookings that are sensitive to the local community and nearby residents.  Parties are not catered for.

The School of Arts is equipped with a large kitchen (including four stoves) to cater for all kinds of functions. There is crockery and cutlery available for up to 100 when the kitchen facilities are also hired.

The Gleniffer Community  look forward to welcoming both locals and those living outside the area and will do everything possible to make the event a happy and memorable one.

The Secretary can be contacted here glenifferhall.nsw@gmail.com to learn more.  Hire Rates can be found here. Our hire agreement explains the School of Arts’ policies.  We look forward to hearing from you.